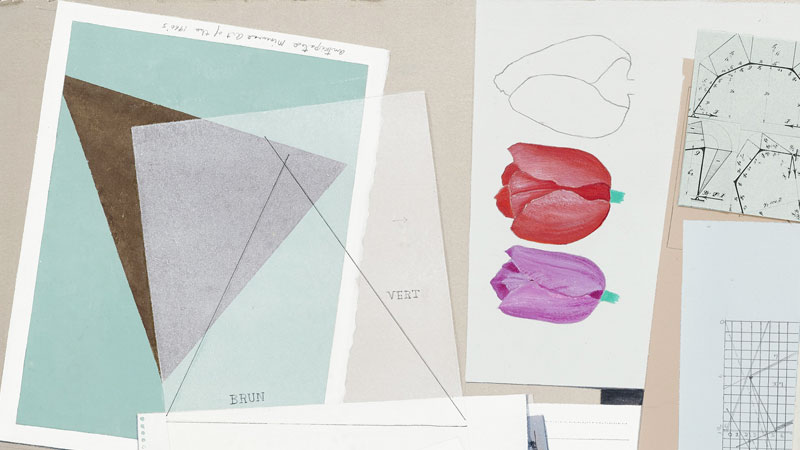 The Enid Munroe: Artist & Alchemist exhibition was on view at the Westport Arts Center from January 22 through February 27, 2016.

Enid Munroe has been a successful exhibiting artist for 50 years best known for her landscape paintings and portraits.  The Artist & Alchemist exhibition showcased Munroe’s works beyond her traditional domain of painting, many of which had never before been framed or seen by the public.

“It is so exciting to see my mother honored in this way at the Westport Arts Center, in a community that has nurtured her for 60 years as an artist, teacher and advocate for the arts,” said daughter Alexandra Munroe, curator and scholar.

“There is much that will be fresh and surprising to people,” said Munroe’s daughter, Victoria Munroe, who has owned and served as director of several prominent art galleries.  “My mom was a working professional artist whose work sold – she made the kind of art that people like to live with.  This exhibition will showcase her phenomenal technique within completely new bodies of work,” she added.

Munroe began art classes at the age of four, inspired by a friend of her mother’s, and never considered pursuing any other career than as an artist.

In addition to her prolific career as an artist, she is the author of An Artist in the Garden: A Guide to Creative and Natural Gardening.

Munroe cites painter Georgia O’Keeffe as one her influences and sources of inspiration.   “Georgia O’Keeffe really helped lift the concept of women as artists,” stated Munroe.  She also cites her late husband, Harry Munroe, as a source of support and inspiration.

Curator of the exhibition and Westport Arts Center Artistic Director Emeritus Helen Klisser During stated,  “The works in the exhibition have been influenced by Enid’s travels to Japan and all over the world.  She created an art studio in her home wherever the family traveled, and would draw on the objects around her and present them in original and unexpected ways.”

“She was able to create art in any situation and was always thinking as an artist while raising her family,” Klisser During added.

Included in the Westport Arts Center exhibition were Munroe’s never before seen drawings dating from the 1970s to 1990s done in silverpoint, a Renaissance technique that utilizes a real silver point on gesso, a white paint primer, generating a fine mark and delicate effect.

Also included from this time period was Munroe’s series of two-dimensional painted trompe l’oeil collages, a technique that uses realistic imagery to create the illusion that the depicted objects exist in three dimensions.  “They look like collages but they are all painted – they are phenomenal,” stated Victoria Munroe.

Munroe’s colored pencil still-lifes and paintings from her time living in Japan were on display, inspired by her visits to Japanese flea markets and temples.  These pieces featuring drapery, monks’ robes, and traditional baskets showcased her ability to infuse a unique sense of reflection, color, and local detail into her works.

“The bling boxes are from a later phase of her life and reflect an artist’s desire to turn found objects into art. They serve as a lovely counterpart to her drawings,” explained Klisser During.

Enid Munroe has long been active in regional art events. “Westport has always been so supportive of the arts, and the Arts Center gives artists a home,” she stated.

Enid Munroe is an artist and teacher who is well known regionally for her paintings, works on paper and assemblage series. She has been included in numerous invitational and juried exhibitions both nationally and regionally.  Her works are in leading public, corporate and private collections including the Brooklyn Museum and the National Museum of American Art.

She is the author of An Artist in the Garden: A Guide to Creative and Natural Gardening (Henry Holt & Co, 1994) and has been active in regional art events including the founding of the annual Pequot Library Art Show, Southport. She is a member of Westport Arts Center and a former trustee of Silvermine Guild. 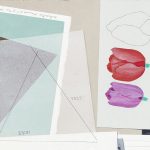 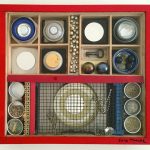 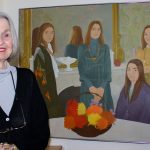