SPECIAL EVENT: An Evening of Holiday and Classical Tunes 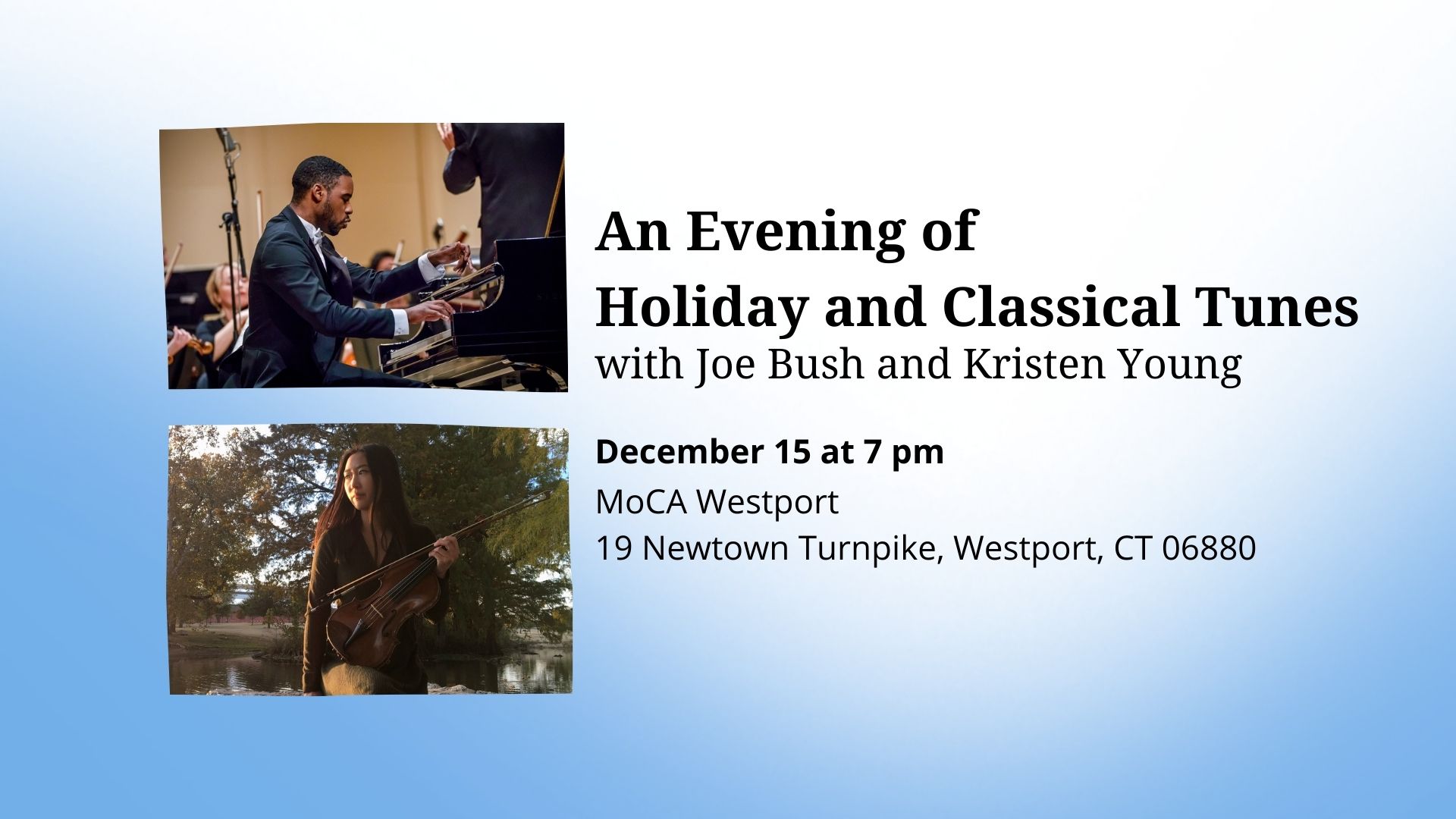 Join us for a special evening of holiday and classical tunes performed by Joe Bush (piano) and Kristen Young (violin).  Arrive early to explore our exhibition, From the Pen to the Knife, and purchase a drink or cocktail of your choice.

Joseph Bush is a graduate of the University of Connecticut (UCONN) with a Bachelor of Fine Arts in music under the tutelage of Irma Vallecillo. He received his masters in piano performance from Indiana University studying under Alexander Toradze. Joe has played in numerous venues over many diverse genres. He has taken part in the Wendell P. Whalum recital series at the Hampton University Ministers’ Conference. In December 2016 he debuted with the South bend symphony alongside his teacher Mr. Toradze playing the first movement of Prokofiev’s 3rd Piano concerto. After graduating he has been the artist in residence at Calvary Presbyterian Church in Newburgh New York. Since being there, he has revived and developed their choral program to include 20+ members. He has also organized and performed in numerous concerts. In 2018 Joe was featured in the Howland Chamber Music Circle pop up concert accompanying cellist Daniel Frankhuizen and soprano Rachel Hall, and playing solo works. In 2020 he won second place in the National Association of Negro Musicians (NANM) New York, regional competition where he was also the recipient of one of the two national encouragement prizes. Joe makes his living teaching privately, maintaining a studio of over 50+ students. He also accompanies all over Fairfield County and the greater New York area.

Kristen Young graduated from the University of Delaware with a Bachelor of Music in Music Management, and the University of Oklahoma with a Master of Music in Violin Performance and a Graduate Certificate in Arts Management and Entrepreneurship. Kristen is currently the Music Associate at MoCA Westport where she heads the Music at MoCA Concert Series and is the admin for the Heida Hermanns International Music Competition.