MoCA Westport is honored to announce that When Caged Birds Sing, a Human Rights Teaching exhibition created by esteemed Westport, CT-based artist Ann Weiner, has been acquired for its permanent collection.
When Caged Birds Sing is intended to be an educational, teaching exhibition. It was the artist’s vision that the exhibition would be shared at other Museums around the world. If you are a Museum interested in traveling the exhibition, please contact Liz Leggett, MoCA Westport’s Director of Exhibitions at liz@mocawestport.org.
View the installation photos of When Caged Birds Sing here.
Watch the documentary associated with the exhibition here.
Watch an interview with Ann Weiner about the exhibition here.
The late Ann Weiner was a long-time resident of Westport, CT who had a tremendous impact on the artistic community through her works of art, writings, teaching and philanthropy. She  participated in numerous solo exhibitions and group exhibitions throughout her career. The exhibition will be on view at MoCA Westport every 3-5 years and loaned to other museums and university museums in between.

When Caged Birds Sing features eight life-size sculptures representing current women’s rights activists who suffered and survived abuse because of their gender, and who continue to advocate for the rights of others at risk. The title of the exhibition is based on the Maya Angelou poem, Caged Bird, which includes the refrain, “The caged bird sings with a fearful trill of things unknown but longed for still and his tune is heard on the distant hill for the caged bird sings of freedom.“ 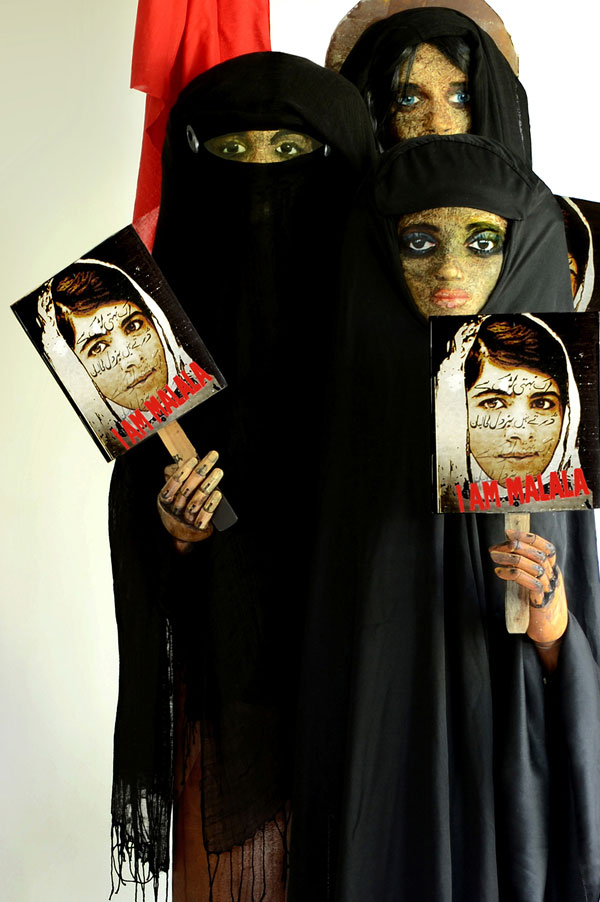 “Of all the evils for which man has made himself responsible, none is so degrading, or so shocking or so brutal as his abuse of the better half of humanity; the female sex.
—Mahatma Gandhi 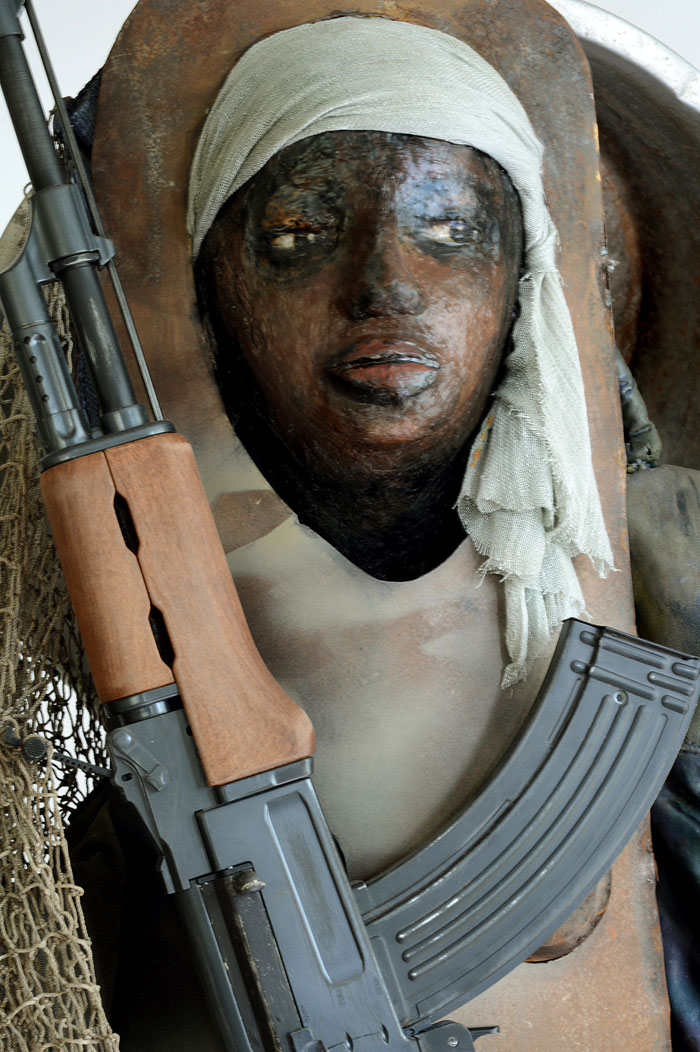 Weiner conceived of the idea for the exhibition after reading a book about the abolitionist Grimke sisters (The Invention of Wings) by Sue Monk Kidd, and was inspired by the Grimkes’ appearance in one of the most famous works of early feminist art, “The Dinner Party,” by Judy Chicago.

Of the exhibition, Weiner stated, “I tell the stories of these incredible women in the hope that their voices will be heard, their suffering will be seen, and that more of the world will rise up to prevent the abuses they have endured, which are still inflicted on their mothers, sisters, and daughters.”

When Caged Birds Sing is MoCA Westport’s first permanent collection. In addition to these works, MoCA Westport will continue to present a diverse range of solo and group exhibitions in its two galleries, featuring a balance of both local and international artists.

About When Caged Birds Sing

The exhibition shares the stories of dispersed cultures and histories tied together by the human condition – specifically, the circumstances and bodies of women. Through Weiner’s execution of strong, rough and often violent materials and handling, each figure also possesses an indomitable and elated spirit—the artworks and environments are sculpted with meticulous care and love.

By assembling objects ranging from birdcages and lace to guns and barbed wire, stoic female sculptures emerge, each offering their unique story and situation with weight and elation, violence and peace.

This exhibition educates an audience with both literal stories and a humanistic, visceral approach. The life-sized sculptures are confrontational–challenging the viewer’s empathy and ability to see beyond one’s conventional, personal and comfortable spaces – to take on the histories and lives of women throughout the world. Some of the works are extremely life-like while others are more representative of the woman’s overall experience.

Although the additional women included in the exhibition may not have the same name recognition, they efforts are extremely notable, including (more information is available on annweiner.net):

Weiner completed her undergraduate and graduate studies at Queens College and subsequently pursued careers both as an art teacher and as the art director of a noted apparel company. In 1997, she left her teaching and commercial design career to reenter the studio and begin her career as an exhibiting artist.

Her work has been represented by the Turner Carroll Gallery in Santa Fe, NM since the early 1990s, including her one-person lenticular traveling exhibition, Transient Images, which was shown at the Midwest Museum of American Art (Indiana), the Parkersburg Art Center (West Virginia), and the Anderson Museum of Art (Indiana).

She was the recipient of a Silvermine Living Art Award in 2017, celebrating preeminent thought leadership in Art Education. Along with her late husband Sid, Weiner also sponsored the Bill Sessions Woodworking Center at Silvermine Arts Center, providing woodworking and sculpture classes for the community.

The Weiners are also the sponsors of the A Better Chance (ABC) of Westport’s Glendarcy House, named in memory of their two eldest children. The organization provides motivated, outstanding minority youth with the opportunity to achieve their dreams through education.

For further detail on Ann Weiner’s biography and past works, please visit annweiner.net. 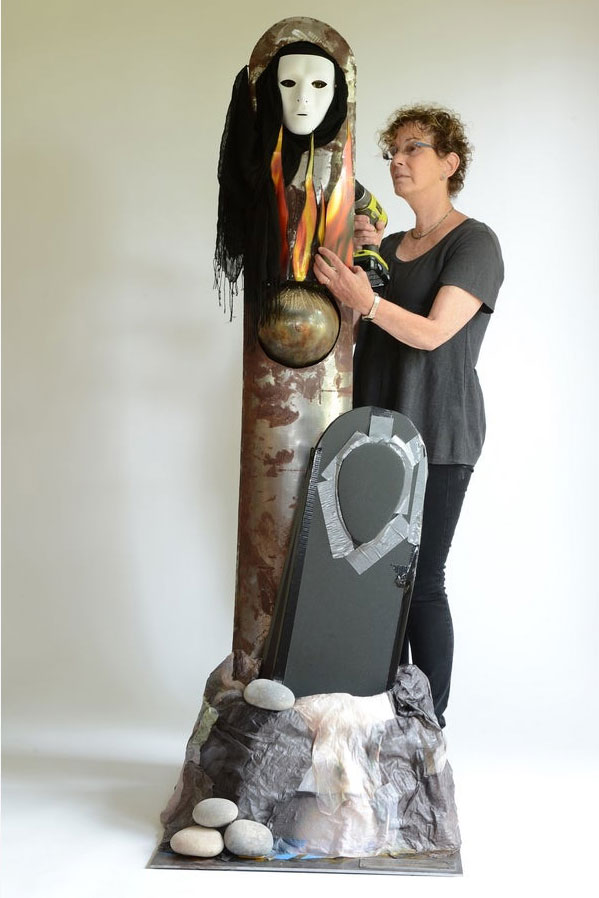 MoCA Westport presents the art of today to build a dialogue, to affect our perceptions and beliefs, and to create transformative experiences.  From local to national to international artists, our exhibitions and supporting programming both reflect and critically examine our world.
Skip to content