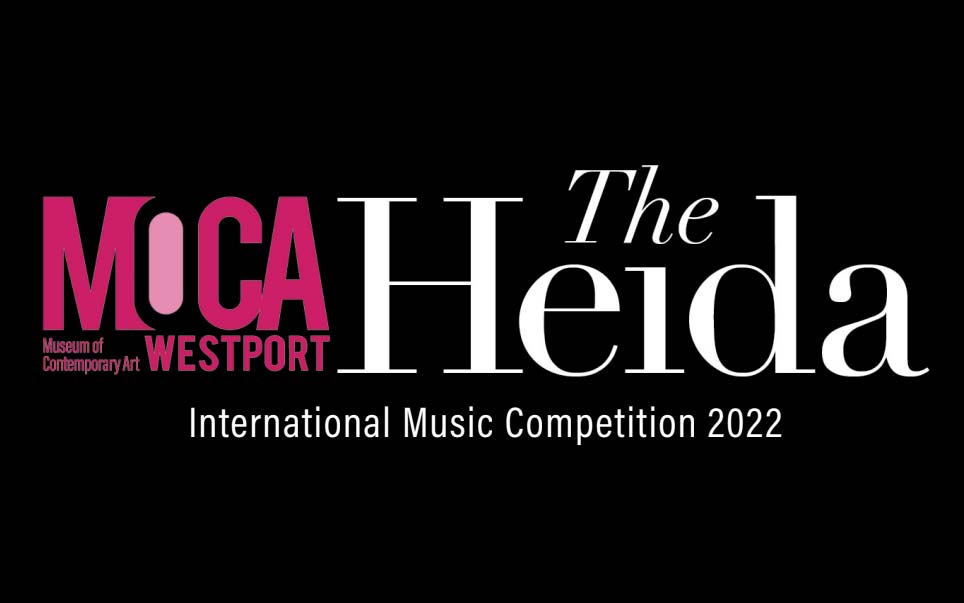 [Updated August 11: Congratulations to Artem Kuznetsov for his selection as the winner of the 2022 Heida Hermanns Piano Competition!]

MoCA Westport will once again bring four rising stars in the piano world to Westport, CT to compete over the course of three days in one of America’s most celebrated cultural events, the 2022 Heida Hermanns Piano Competition. The competition will take place from August 11-13, 2022.

The competition was originally scheduled to take place in January 2022 but was postponed due to COVID-19.

The esteemed Alexander Platt will serve as the Artistic Director for the Heida Competition. Platt has built a unique career spanning the worlds of symphony, chamber music, and opera as conductor, music director, curator and host. Based in Chicago and New York, he is Music Director of the La Crosse Symphony, the Waukegan Symphony and the Wisconsin Philharmonic, he serves as the music director of the Maverick Concerts in Woodstock, New York during the summers, and is the Curator of Concerts at MoCA Westport.

Platt said of the Competition, “After a hiatus of over two years we are so thrilled that the Heida is back, and better than ever. In addition to four illustrious finalists, we shall be hosting all their performances at our beautiful MoCA campus, with our vintage Hamburg “D” grand piano now beautifully restored by Ivan Brunner, a skilled technician in the Hamburg Steinway traditions.”

Prior winners include celebrated pianists who have gone on to perform in the world’s most important halls, such as Spencer Myer, Frederic Chiu, Josh Wright, Timur Mustikimov, and Yue Chu.

The 2022 Heida Hermanns International Piano Competition will also spotlight the unjustly neglected music for solo piano of the important African-American composer, Nathaniel Dett. Born in Canada, Dett studied and made his career in the United States, and is one of the great American composers of the 20th century and a trailblazing figure in the history of Black composers of classical music. Clipper Erickson, the distinguished American pianist and a recognized scholar of Nathaniel Dett and his music, will serve as Artistic Advisor to the Heida 2022, and will lead a free lecture on Dett on Friday, August 12 at the Westport Public Library.

In addition to the finalist’s performances, the three-day event also includes master classes at the Westport Public Library and performances by the jury.

Tickets can be purchased for individual events or as a three-day package. Please visit theheida.mocawestport.org to learn more and purchase tickets. Tickets for the original January 2022 date will be valid for the August events.

The competition will take place within the context of MoCA Westport’s visually stunning exhibition, Women Pulling at the Threads of Social Discourse, on view through October 2, 2022.

MoCA Westport deeply appreciates the sponsors of the competition who help to bring the event to fruition. Sponsors for the Heida include Beechwoods Arts and Innovation, Kristin Foster, Lance Lundberg and Terry McGuinness, Lux Bond & Green, Laura and Dogan Perese, Suzanne and Norman Sorensen, and Cindy and John Vaccaro. MoCA Westport also thanks WSHU for serving as a media sponsor of the Heida competition.

More About The Finalists

Young American pianist Katherine Benson is quickly emerging as an important artistic voice through her “stunning” (ArtsKnoxville) performances as a soloist and chamber musician and for her vision in arts leadership. Originally from Jonesborough, TN, Benson has performed across the USA and abroad, including in Spain, Italy, the United Kingdom, Canada, and New Zealand. She has won top prizes in the Walled City, Teresa Carreño, Kerikeri, Seattle, and Thousand Islands International Piano Competitions, as well as the 2021 Vivace Music Foundation Award. She will also release her first solo album with Blue Griffin Recording in 2022. An avid chamber musician, Benson is the Artistic Director and pianist of The Paramount Chamber Players, one of the premiere chamber ensembles of the Appalachian region. Benson is currently pursuing her DMA at the University of Michigan with Arthur Greene, and she holds degrees from Northwestern University and the Eastman School of Music.

Hailing from the San Francisco Bay Area, Dr. Nathan Cheung is known for his versatility as a soloist, collaborator, composer, and improviser. He maintains a deep interest in playing music that lies outside of the classical canon and is always looking for meaningful ways in which different styles of music can inform each other.

Kurz believes artists have an obligation to use their craft to improve the world, and he has worked significantly in this capacity. Alongside concertizing, he has collaborated with the Van Cliburn Foundation and the Lift Music Foundation, both of which help raise up underserved populations through classical music.

Kurz is currently pursuing a Master of Musical Arts at the Yale School of Music, studying with Boris Berman. He enjoys playing and watching sports in his spare time.

A native of Russia, Artem Kuznetsov is an award-winning concert pianist hailed for his artistry, virtuosity, lyricism, and exciting energy. He has been part of organizations and concert series that have donated hundreds of thousands of dollars to charities including the Multiple Sclerosis Society and Direct Relief Covid-19 Response. In 2020 he was appointed an Emissary of the Muses of the city of San Antonio by Mayor Ron Nirenberg.

His passion for music started at the age of 14, when he for the first time visited Sergei Rachmaninoff’s museum-estate and heard recordings of Rachmaninoff performing his own compositions.

About the Heida Competition

Heida Hermanns, the founder of the Connecticut Alliance for Music, Inc. (CAM), was a pianist, teacher and philanthropist. She was born in Wiesbaden, Germany in 1906 and received her first piano lessons from her mother. At the age of 15, she enrolled at the Berlin Hochschule fur Musik. Her teachers included Egon Petri, Artur Schnabel, Carl Friedberg and Isabella Vengerova. She made her debut with the Berlin Philharmonic at age 18 and toured Europe as a recitalist and concerto soloist through the 1920s and early 1930s.

Heida Hermanns immigrated to the United States in 1936 and made her New York debut at Town Hall in 1942. In the late 1940s, she moved to Connecticut and helped start the Friends of Music, an organization that presented chamber music concerts. Ms. Hermanns was also a founder of Performers of Connecticut that arranged performance opportunities for young musicians and sponsored the Heida Hermanns Young Performers Competition, known today as the Heida Hermanns International Music Competition. As audiences and memberships grew, the name was changed to Connecticut Alliance for Music, Inc. 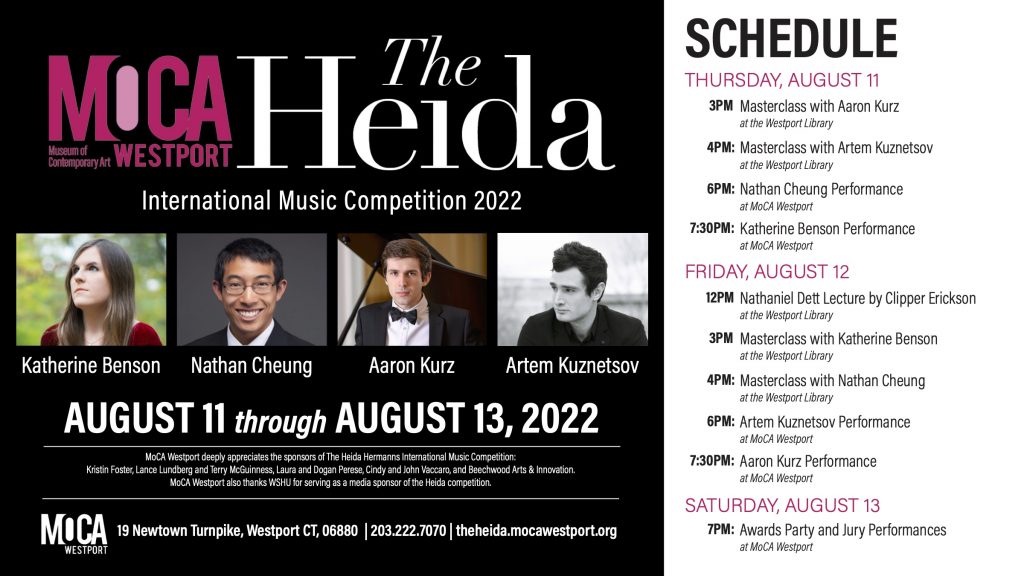