Music at MoCA: A Tale of Two (Country/Folk) 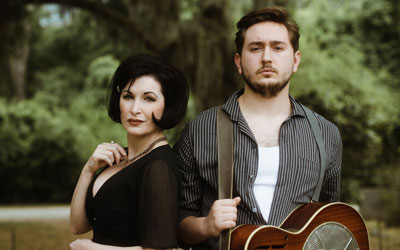 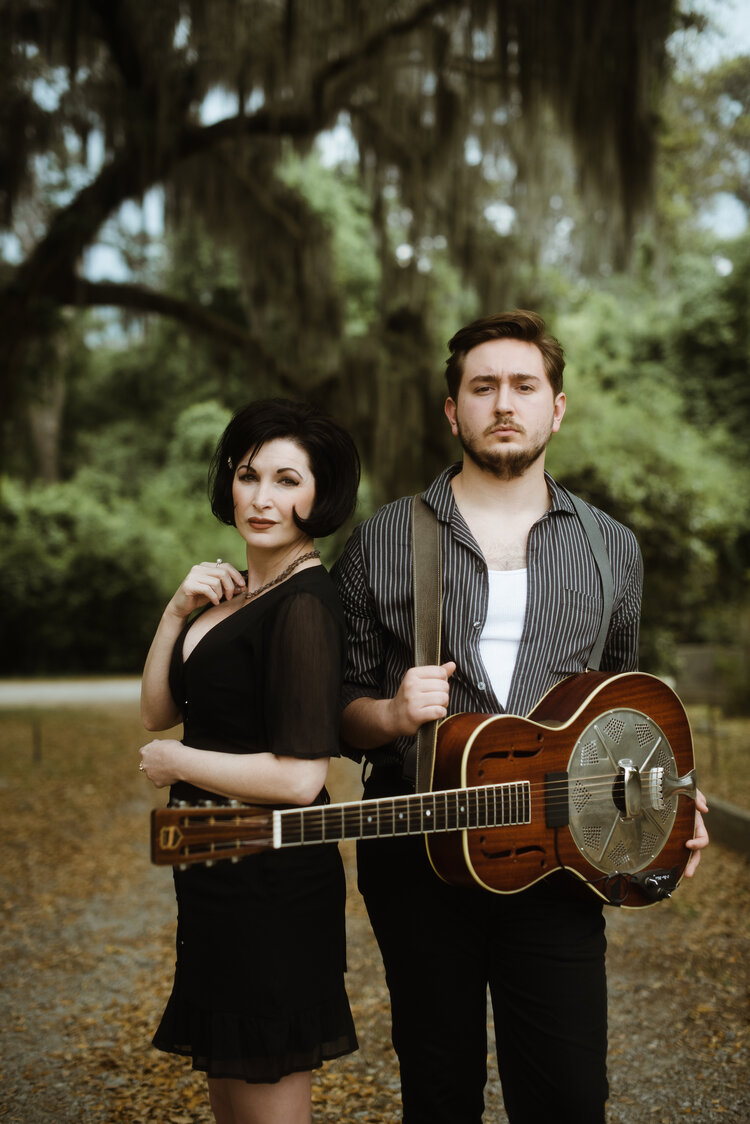 A Tale of Two

Don’t miss award-winning blues and story-telling! Join us the day after for a workshop on Music Business insights.

Join us for a lively concert on our outdoor stage by A Tale of Two. Bring your lawn chairs and purchase delicious food and drinks on-site! Check out the food menu here.

Combining the best of Americana and blues melodies with timeless Southern storytelling, award-winning vocalist Stephanie Adlington and guitarist Aaron Lessard draw influence from the likes of Patsy Cline, Tom Waits, and Hank Williams Sr. Not unlike the artists who inspired them, the duo’s songs frequently dabble in stories of revenge, drinking and feature sinners of all stripes and persuasions. Oozing an infectious stage presence and chemistry that carries over from the music to the back and forth banter between songs, “A Tale Of Two” offers a different kind of Americana – storytelling by a swampy pair of retro raconteurs spinning blues arias with soul, intrigue and power.

On their debut EP which was recorded completely live, Adlington and Lessard channel southern lullabies, front porch blues, and even hints of jazz and French love songs with the resulting body of work being a refreshing take on timeless themes of loyalty, love, heartbreak, and the struggle of the human condition.

Tale of Two will be joined by former Barrage8 violinist Kyle Pudenz: Whether in the studio, on stage, or in composition, arranging, and songwriting, multi-instrumentalist Kyle Pudenz’s diverse array of experiences in both popular and classical styles has enabled him to formulate a musical idiom that is entirely his own. He frequently performs on violin, electric violin, mandolin & guitar. Kyle graduated with a Bachelor’s in Commercial Music from Nashville’s Belmont University in 2014, and shortly after was selected to be in the premiere cast of the international classical-crossover show Barrage 8. During his two years with this alternative string octet, the group toured in Europe, Canada, and the United States, as well as led clinics and educational outreach for middle & high school music students throughout their travels. As a member of B8, Pudenz was an artist-in-residence and guest faculty member at Florida Gulf Coast University’s Bower School of Music in 2017. Since departing from Barrage 8, Pudenz has established himself as a touring & session musician in Nashville, TN. In 2018, he was a featured soloist with Joe Hisaishi’s Symphonic Orchestra at Carnegie Hall, and in 2019 he made his debut on the stage of Nashville’s Grand Ole Opry with actor & country musician John Schneider (The Dukes of Hazzard). He has performed in 47 US states and on 3 continents, including several concerts for the US Armed Forces in undisclosed locations. Kyle has been performing with A Tale of Two since 2021, and was featured in their music video for “The Letter” (Treehouse Sessions), available on YouTube.

In addition, on June 26 at 1 p.m., A Tale of Two will lead a workshop, Indie Insights: Music Business for the New Artist, focused on the lessons and experiences of an independent artist in the music business. Aaron Lessard (Bachelors of Music Business/Management – Berklee College of Music) and Stephanie Adlington (Belmont University Professor) will walk you through topics such as:

Get To Know Tale of Two