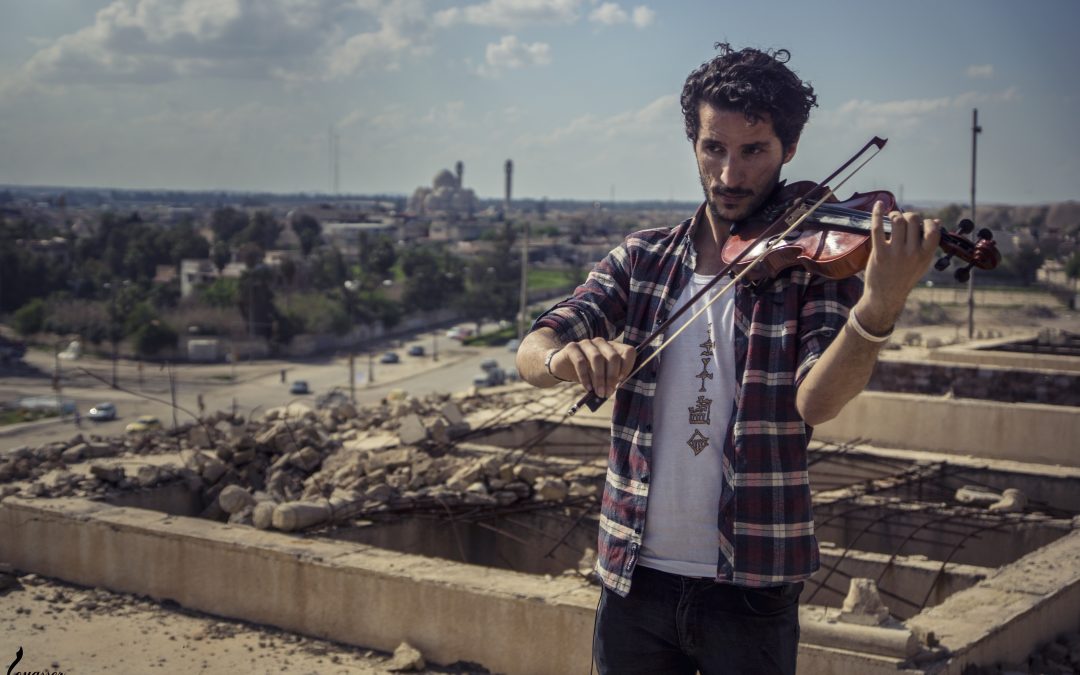 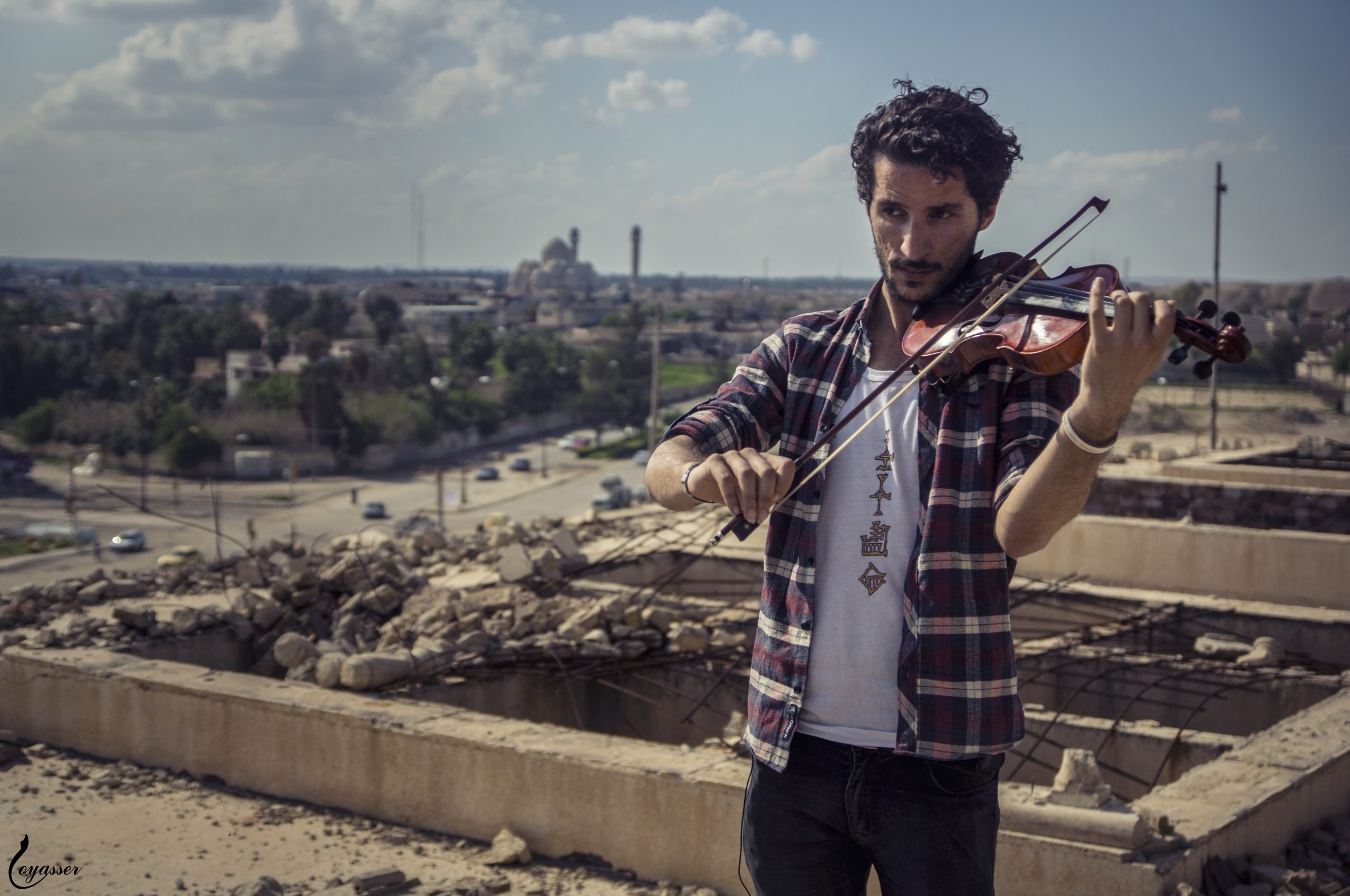 TICKETS
Join us for a special concert event! Please arrive early to explore our exhibition and to purchase delicious food and drinks.
Iraqi composer and multi-instrumentalist Ameen Mokdad was trapped in hiding under the brutality of ISIS for two years in Mosul. During that time he survived and told his story by writing an extraordinary repertoire of music… in secret. He arranged this powerful collection of music for performance with Cuatro Puntos Ensemble. The 19 songs form a soundscape that transverses a range of emotions: fear, defeat, hope, and rebirth. THE CURVE has had live performances around the world since its creation in Mosul, Iraq. The album has enjoyed truly international status, with appearances in films, airtime on NPR, and steady album sales + streaming worldwide.

Ameen Mokdad was born in Baghdad, Iraq on the 1st of May 1989. He graduated in 2013 from the University of Mosul Agriculture and Forestry College. He lived in the city of Mosul, in the north of Iraq, from 2003 until after the ISIS occupation. He started learning and making music in 2009. He has composed music for films and theater plays since 2014, has acted and directed experimental theater plays since 2017, and has worked as a music teacher and conductor since 2018. He founded the Light Orchestra in the city of Mosul 2019.

Cuatro Puntos (“four points” in Spanish) is a non-profit organization that activates music as a pragmatic and universally accessible stimulus for social change, cultural awareness, and empowerment of the underserved. Based in Connecticut, Cuatro Puntos hosts a mixed-genre concert series in multiple cities as well as music/curriculum alignment programs in school classrooms in Hartford (in partnership with Hartford Performs) and beyond. Cuatro Puntos connects Connecticut residents with artists around the world by curating guest artists for in-person and virtual events, with an emphasis on artists who are cultural keepers of threatened art forms, or who are doing genuine work to serve others.

Our roster of local, professional musicians, known as Cuatro Puntos Ensemble, collaborate with these local, national, and international guest artists to produce genre-defying and culturally significant concert programing and album recordings. Aiming for the highest in artistic excellence while working alongside socially significant artists such as the Afghanistan National Institute of Music and musician activist Ameen Mokdad (Mosul, Iraq), Cuatro Puntos Ensemble has been reviewed by Fanfare Magazine as having a “great depth of sound” and “virtuostic performance”. They have performed extensively throughout the United States as well as in Bolivia, Brazil, England, Germany, the Netherlands, Turkey, and Afghanistan. To date they have produced six albums of varying genres and styles on major international record labels like Métier and Toccata Classics. They have been included on the soundtrack for films produced in England, Australia, and Afghanistan, and have been guest lecturers at prestigious universities such as New England Conservatory (Boston), Columbia University (New York), Institute for Cultural Diplomacy (Germany), and Goldsmiths College (London).

Cuatro Puntos’ crowning achievement, in equal partnership and co-foundership with Hartford’s Christ Church Cathedral, is Music Moves Connecticut. MMCT is a participatory music program building community and a safe space for expression among those living on the streets, in shelters, and in various states of housing insecurity around the state. This includes the prestigious Music Moves Hartford Street Choir. Recently featured by WNPR and NBC, this first street choir in the northeast has been taking the city by storm with its animated performances. All of Cuatro Puntos’ programs aim to explore music’s potential as one of many relevant, viable, and complementary methods for creating a more just and inclusive society.