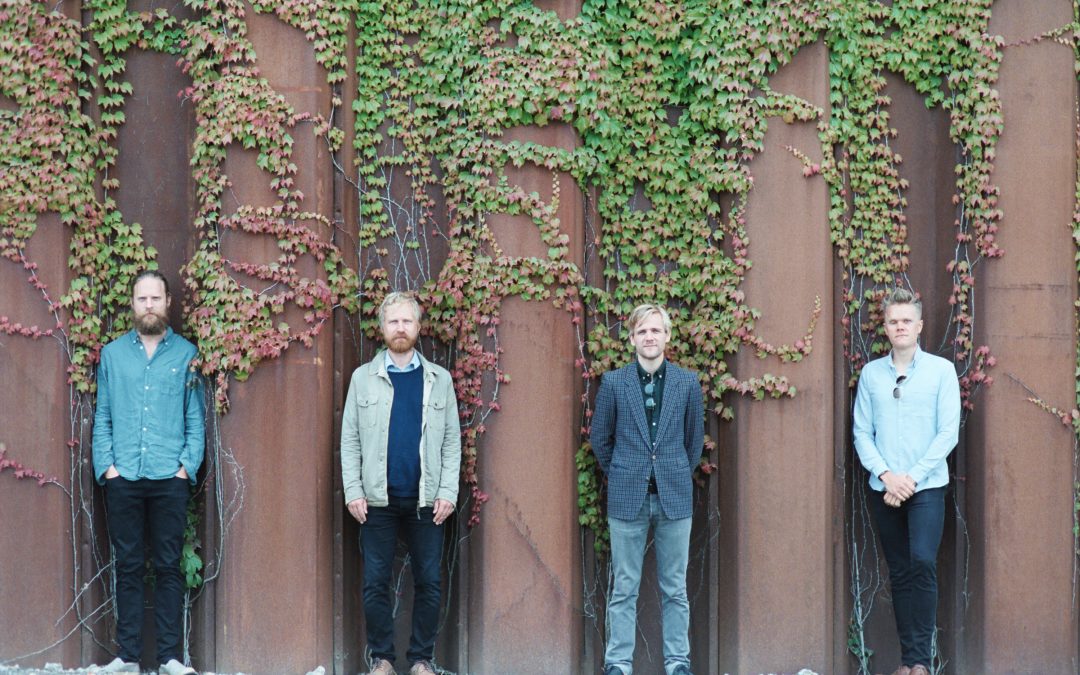 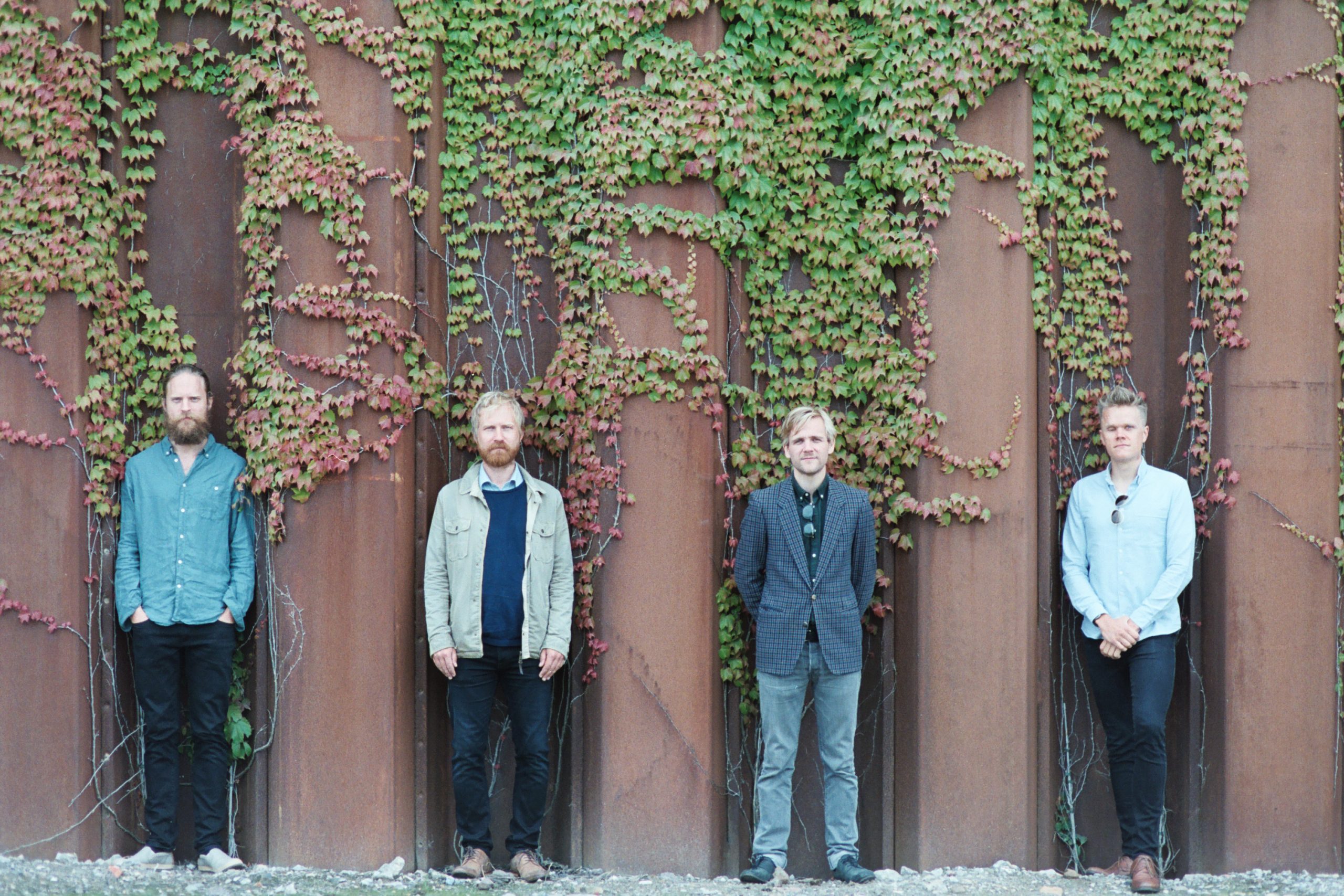 Grammy-nominated Quartet to perform at MoCA!

Don’t miss an opportunity to see the world-famous, Grammy-nominated Danish String Quartet perform in our gallery on Friday, August 5th at 7 PM! Arrive early to explore our exhibition and to purchase delicious food and drinks on-site! Check out the menu here.

Among today’s many exceptional chamber music groups, the GRAMMY® nominated Danish String Quartet continuously asserts its preeminence. The Quartet’s playing reflects impeccable musicianship, sophisticated artistry, exquisite clarity of ensemble, and, above all, an expressivity inextricably bound to the music, from Haydn to Shostakovich to contemporary scores. Performances bring a rare musical spontaneity, giving audiences the sense of hearing even treasured canon repertoire as if for the first time, and exuding a palpable joy in music-making that have made them enormously in-demand on concert stages throughout the world. The recipient of many awards and prestigious appointments, including Musical America’s 2020 Ensemble of the Year and the Borletti-Buitoni Trust, the Danish String Quartet was named in 2013 as BBC Radio 3 New Generation Artists and appointed to the The Bowers Program (formerly CMS Two).

As part of a three-year residency, the Danish String Quartet brings a series of five concerts, which mirror the programs in its ongoing recording project with ECM New Series, PRISM, to La Jolla Music Society in November 2019. Each PRISM program is an exploration of the symbiotic musical and contextual relationships between Bach fugues, Beethoven string quartets, and works by Shostakovich, Schnittke, Bartok, Mendelssohn, and Webern, forming an expertly curated musical evolution within each individual program and across the entire PRISM repertory. Prism I, the first disc of this five-album project for the ECM label, was released in September 2018 and garnered a GRAMMY® nomination in the category of Best Chamber Music/Small Ensemble Performance for the group’s recordings of Beethoven’s Op. 127 in E-flat Major, Bach’s Fugue in E-flat Major (arranged by Mozart), and Shostakovich’s final string quartet, No. 15 in E-flat minor.

The Danish String Quartet returns to North America in the 2019-2020 season as one of the most prominent musical voices in the monumental celebrations of Beethoven’s 250th year. With three sweeping North American tours, the Danish engages its expansive audience in programming centered around the towering Beethoven string quartets, as well as many important works which inspired, and were inspired by, these revered giants of the classical canon. The Quartet appears in Minneapolis, Vancouver, Portland, Seattle, Rohnert Park, Berkeley, Santa Barbara, Irvine, Montreal, Chicago, Detroit, Denver, Boston, and Iowa City. The Danish returns to Chamber Music Society of Lincoln Center as the featured string quartet performing the entire Beethoven cycle over the course of six concerts in February 2020. In May, the Quartet returns to the United States to perform the cycle in St. Paul, MN, as the 2019-2020 Featured Ensemble at the Schubert Club. European engagements include London’s Wigmore Hall, Amsterdam’s Concertgebouw, multiple dates in Denmark, as well as tours of Germany, Brussels, the Netherlands, Italy, and Spain.

The group takes an active role in reaching new audiences through special projects. In 2007, they established the DSQ Festival, now in its 12th year, which takes place in an intimate and informal setting at Copenhagen’s Bygningskulturens Hus. The 2019 DSQ Festival features an array of meticulously curated programs including such guests as pianists Vikingur Olafsson and Wu Qian, violinist Alexi Kenney, and violist Jennifer Stumm. In 2016, they inaugurated a new music festival, Series of Four, in which they both perform and invite colleagues—the Ebène Quartet, mandolin player Chris Thile, among others—to appear at the venerable Danish Radio Concert Hall. Concerts this season include collaborations with pianist Gabriel Kahane and violinist Pekka Kuusisto.

Since its debut in 2002, the Danish String Quartet has demonstrated a special affinity for Scandinavian composers, from Carl Nielsen to Hans Abrahamsen, alongside music of Mozart and Beethoven. The Quartet’s musical interests also encompass Nordic folk music, the focus of Wood Works, an album of traditional Scandinavian folk music, released by Dacapo in 2014. As a follow-up, the Danish String Quartet released Last Leaf for ECM, an album of traditional Scandinavian folk music. This recording was one of the top classical albums of 2017, as chosen by NPR, Spotify and The New York Times, among others.

Named Artist-in-Residence in 2006 by the Danish Radio, the Quartet was offered the opportunity to record the Nielsen string quartets at the Danish Radio Concert Hall. The two CDs, released in 2007 and 2008 on the Dacapo label, garnered enthusiastic praise for their first recordings— “these Danish players have excelled in performances of works by Brahms, Mozart and Bartók in recent years. But they play Nielsen’s quartets as if they owned them,” noted the New York Times. In 2012, the Danish String Quartet released a recording of Haydn and Brahms quartets on the German AVI-music label, for which they also received critical notice. “What makes the performance special is the maturity and calm of the playing, even during virtuosic passages that whisk by. This is music-making of wonderful ease and naturalness,” observed the New York Times. Subsequently, they recorded works by Brahms and Robert Fuchs with clarinetist Sebastian Manz, released by AVI-music in 2014 and in 2017, an album with music of Thomas Adès, Per Nørgård, and Abrahamsen, the Quartet’s debut album on ECM.

Violinists Frederik Øland and Rune Tonsgaard Sørenson and violist Asbjørn Nørgaard met as children at a music summer camp where they played soccer and made music together. As teenagers, they began the study of classical chamber music and were mentored by Tim Frederiksen of Copenhagen’s Royal Danish Academy of Music. In 2008, the three Danes were joined by Norwegian cellist Fredrik Schøyen Sjölin. www.danishquartet.com.

“The Danish String Quartet stand out: not because they’re shinier or plusher or pushier than the rest, but because of their nimble charisma, stylish repertoire and the way their light and grainy shading can turn on a dime.”

“They could be grounded in their tone or mystical. They allowed time to stand still, and they could assume the pose of excitingly aggressive rockers. They did it all.”

“The Danish are remarkable, as ever – capable of intense blend, extreme dynamic variation (in which they seem glued together), perfect intonation even on harmonics, and constant vitality and flow.”

“This is one of the best quartets before the public today.” — Robert Battey, The Washington Post

Get To Know Danish String Quartet