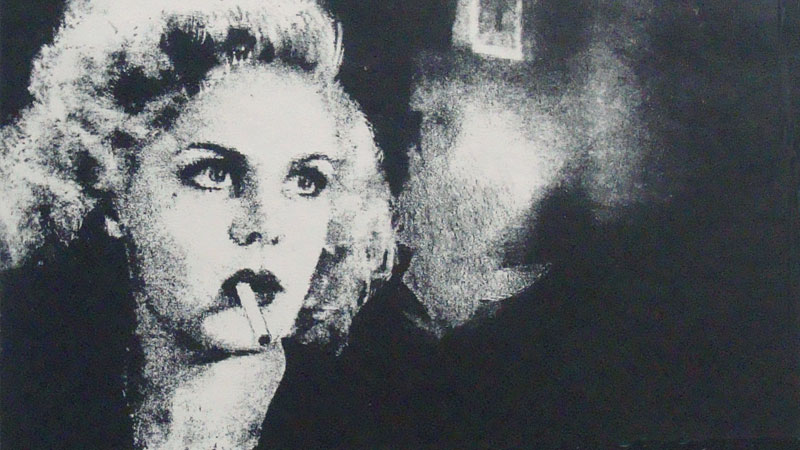 The exhibition included 43 paintings, drawings, lithographs, and etchings, some of which were completed in 2016 and were never before been seen by the public.

Chernow is best known for her portrait-style illustrations that evoke the images of female cinematic figures of the 1930s and 1940s. Her childhood obsession with the movies of this time left a lasting impression on her.  Although her early works focused on leading ladies including Bette Davis, Joan Crawford and Katherine Hepburn, most of her current works avoid specificity and instead portray universal women and situations.

Chernow uses film clips, studio publicity material, fan magazines and other memorabilia as points of inspiration for her film noir-inspired works. “In blending past and present images I try to create a sense of deja-vu or nostalgia without the sentimentality of an association with a particular film star,” stated Chernow.

The exhibition was curated by Helen Klisser During, the Westport Arts Center’s Artistic Director Emeritus. “Ann Chernow is both a Westport treasure and a nationally acclaimed artist; she is fully committed to continuously, obsessively, focusing on the fuzzy line between fact and fiction. She beautifully renders the ‘dark side,’ imagined and very real,” explained Klisser During.

Film noir is a category of mainly American films of the 1940’s and 1950’s exploring the dark side of human nature, crime, and the power of fate.  The films typically feature long-suffering “good girls” and femme fatales, the “bad girls” willing to do almost anything to get what they want.  Film critic Roger Ebert wrote of the films, “It’s a movie which at no time misleads you into thinking there is going to be a happy ending.”

The films have retained their popularity because there are universal themes within. “The films are about a crime, a woman and a man, and a situation of fate,” said Chernow.

Of noir film (literally “black film” in French), Chernow stated, “The ‘noir’ film is a catalyst to begin a painting, drawing, or print. I make images that address a universal situation; with the ‘noir’ work it’s a dark theme. I react viscerally to the stark dramatic black and white images and try to create images that depict fate common to us. My work addresses the human condition. The subversive is present in all of us.”

Chernow says she started “obsessively” watching the genre in the 1970’s. But three or four years ago, she says, she got hooked on the film “Double Indemnity,” watching it ten times.

“There is something in the black and white that speaks to me.  I feel like there’s a part of me that is one of these women,” she stated.

She cites Isabel Bishop, an American painter and graphic artist who depicted urban scenes of New York, from the 1930s to the 1970s, as a mentor. Bishop is best known for her depiction of American women and as a leading member of the Fourteenth Street School of artists.

As an undergraduate and graduate at NYU (1955–69), Chernow studied under the direction of several artists. Her instructors and mentors included Howard Conant, Jules Olitski, Irving Sandler, Lawrence Alloway, and Hale Woodruff.  She also later worked with husband Burt Chernow, at the Museum of Modern Art. Burt Chernow was an art historian and professor at Housatonic Community College, where he founded the Housatonic Museum of Art in 1967.

Her pieces reside in the Metropolitan Museum of Art, The National Gallery of Women in the Arts in Washington, D.C, The Tel Aviv Museum in Israel, the Yale University Art Gallery, and The Brooklyn Museum and other prominent locations.  Her art can also be found throughout Westport, CT including the Westport Schools art collection and the Westport Public Library. 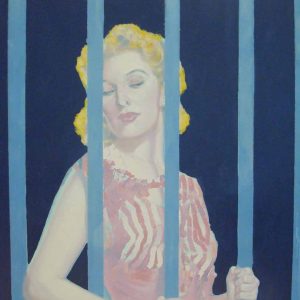 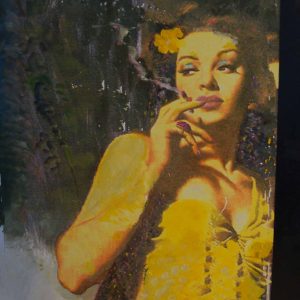 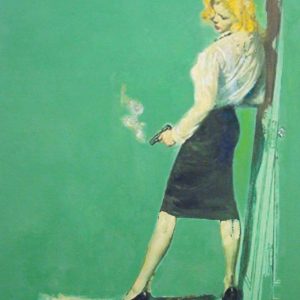 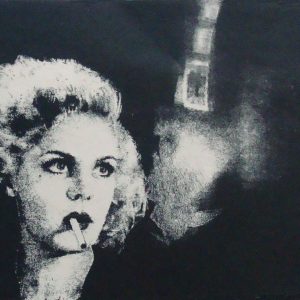 An exhbition of paintings, etchings and lithographs by Ann Chernow – inspired by film noir movies from the 1940s – is on view at Stamford’s PMW Gallery through June 21.