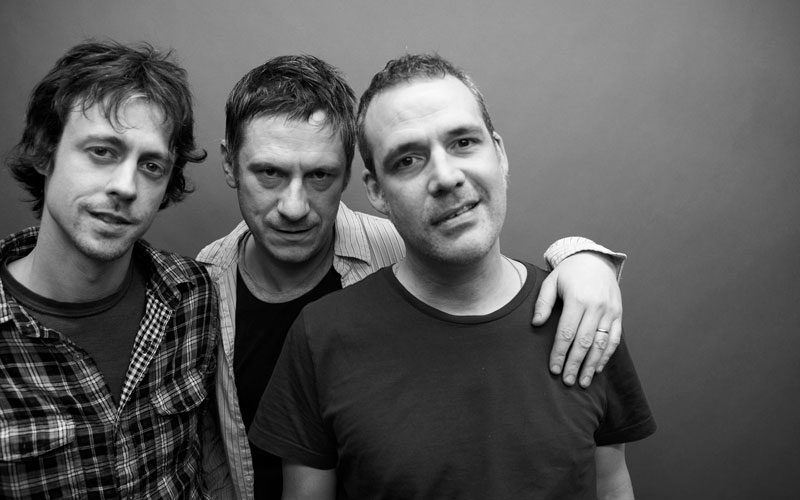 This concert will take place OUTDOORS. In the case of inclement weather, the concert will be moved indoors.  Please see our mask and vaccine policy below.

The tried and true band The Figgs, have a worldwide fan base, a hearty discography, and has toured and recorded several times with the legendary Graham Parker.

Bring your lawn chairs, purchase delicious food and drinks, and rock out!

The tried and true band The Figgs, have a worldwide fan base, a hearty discography, and have toured and recorded several times with the legendary Graham Parker. Originally known as The Sonic Undertones, their output includes thirteen studio albums and multiple EPs and singles.

The Figgs (Mike Gent, Pete Donnelly and Pete Hayes) have been playing together since the trio was in high school in Saratoga Springs, N.Y.

Since the rock outfit’s inception in 1987 the band has spent the better part of the past 25 years touring, recording and working on a variety of acclaimed side projects.

“For more than two decades, the high-energy band has delivered a dance-inducing variety of fast-paced pop rock, complete with catchy hooks and hip-shaking bass lines.”
— SoundSpike.com

Thank you to all of our Music at MoCA Sponsors including Jack and Lynne Dodick, Bill & Jodi Felton, Russell and Lauren Fuchs, WildBloom Skincare, Cohen and Wolf, Wealthspire Advisors, WSHU, WPKN, and WMNR.

Get To Know The Figgs

Acceptable proof of full vaccination includes a CDC vaccination card (physical card, clear photograph, or photocopy). Children under the age of 12 may attend the event if they provide proof of a negative COVID-19 test taken within 72 hours of the event.

As a regional response to the spread of the COVID-19 Delta variant, effective on Monday, August 23, 2021, the Town of Westport issued a temporary town-wide mask mandate. You may pull your mask down when eating or drinking only. Face coverings remain optional for all guests outdoors.