Vivian Maier – A Lifetime of Photographs 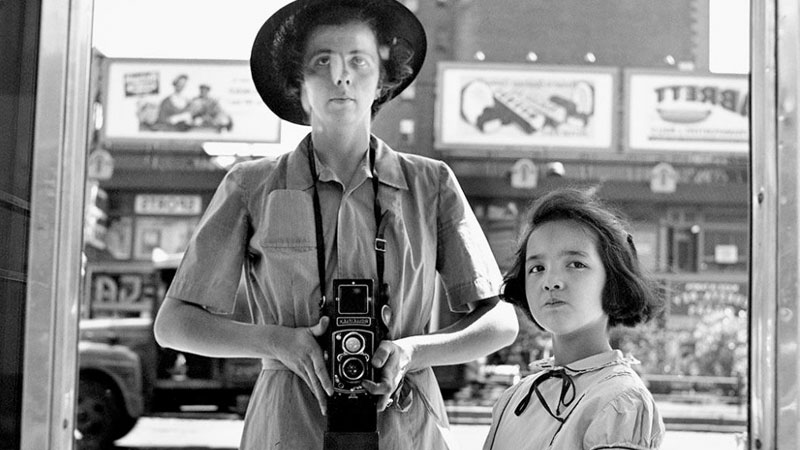 The Westport Arts Center presented Vivian Maier – a Lifetime of Photographs from September 15 to November 10, 2017. The exhibition featured over seventy color and black & white photos taken by the secretive nanny-photographer during her lifetime.

The opening reception for the exhibition was held on Friday, September 15 from 6 – 8 p.m.

Vivian Maier’s story has been pieced together only from the images she made and from the handful of facts that have surfaced about her life. For over five decades while she served as a nanny in Chicago and New York, she shot more than 100,000 images, which she kept hidden from the world. Maier captured both revealing self-portraits and casual, unposed images of people in urban America; she was interested in the fringes of society, and had special interest in the poor and the forgotten.

In 2007, two years before Maier’s death, Chicago historic preservationist John Maloof discovered a trove of negatives and undeveloped film in a storage locker he bought at an auction. They revealed a surprising and accomplished artist and a stunning body of work, which Maloof championed and brought to worldwide acclaim. (1)

“Well, I suppose nothing is meant to last forever. We have to make room for other people. It’s a wheel. You get on, you have to go to the end. And then somebody has the same opportunity to go to the end and so on.”

Maier’s photography has received international recognition, with recent exhibitions at Palazzo Ducale di Genova (Italy), The Center of Art in Tarnow (Poland), and the FoLa Fototeca Latinoamericana in Argentina.

Maier’s life is also the subject of an Oscar-nominated film, Finding Vivian Maier, (currently available on Netflix). Parents and children of the families for whom she worked — including talk-show host Phil Donahue — are interviewed as part of the film. Of Maier, Donahue stated, “We recognize her for who she truly was: a brilliant artist hiding out as a nanny. Our nanny.” (3)

Maier’s photography has also not gone unnoticed by the fashion world. Swiss label Akris’ 2017 pre-Fall collection featured designs that channeled the spirit of the photographer and adapted several of Maier’s visuals as prints. The collection, described as an homage to Maier, celebrates “her eye, her excellent technique, and her unwavering passion to pursue an artist’s life every day,” said Albert Kriemler, creative director of Akris. (4)